On July 30, 2019, the New Jersey Appellate Division issued a formal opinion in Docket No.: A-3194-17T1 reversing an earlier decision by the the Civil Service Commission (CSC) refusing to reopen the appeal of a Corrections Sergeant (Appellant) of his removal from employment with the New Jersey Department of Corrections (NJDOC). The Appellant was previously… 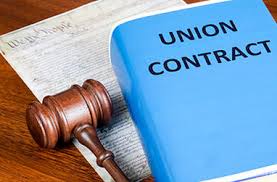 Recently, the Appellate Division issued an opinion in the case In the Matter of Sanchez that addressed the applicability of the 45 Day Rule in a removal case. In that case, a police officer, the appellant, appealed his termination for engaging in sexual acts with a civilian in his marked police car while on duty.… This past week the New Jersey Supreme Court ruled that dashboard recordings and use-of-force reports generated in connection with the fatal police shooting of a man who led officers on a high speed chase through several North Jersey towns are public records and thus subject to disclosure under the New Jersey Open Public Records Act. … As reported by N.J.com, the Pennsauken Police Department was right to suspend six officers in 2011 for violating rules and hindering the investigation of a fight that involved two off-duty officers, an appellate court has ruled.

The conduct was not directly related to the fight May 7, 2011, but to officers’ failure to properly… As reported by The Trentonian.com, an employee at private halfway house Albert “Bo” Robinson Assessment and Treatment Center, better known simply as Bo Robinson, is again being accused of having inappropriate sexual relations with an inmate.

On September 8, 2009, the Appellate Division decided In the Matter of Sergeant Maryelyn Conway, Docket No.: A-6162-07T3. In the case, Sergeant Maryelyn Conway appeals from an administrative determination of the New Jersey Transit Police Department suspending her for a period of four days for two related minor disciplinary infractions.

On the night of December 13, 2004, a car crashed onto an embankment above the New Jersey Transit train tracks in Waldwick. The vehicle was in a precarious position, with only a small tree preventing it from falling onto the tracks. Due to the danger that the vehicle might fall, train traffic in both directions was stopped.

Conway, a sergeant with the New Jersey Transit Police Department, was the supervising officer on duty at the time of these events. She did not go to the scene of the accident, but rather New Jersey Transit Police Officer Victor Migliorino was sent there. He reported to her that the Waldwick fire department, police, and emergency medical personnel were present, and that Waldwick personnel had taken charge of the scene. He did not believe Conway’s presence at the scene was necessary. She later deployed two other officers to the scene, contending that she did so in order that one of the officers could acquire more experience. She received periodic reports of the status of the scene from the officers present. She acknowledged in one radio transmission that it would have been easier if she were present. The New Jersey Transit police officers present did not play an active role in attending to the accident scene since Waldwick personnel were in charge. About an hour and one half after Conway was advised of the incident, the car was removed, and normal train traffic resumed.

Disciplinary charges were filed against Conway on January 10, 2005, due to her failure to go to the accident scene. She was charged with violating a General Order, which requires a police sergeant, as part of her duties and responsibilities, to “direct[ ] and participate[ ] in activities at the scene of emergencies.” Conway was also charged with “unsatisfactory performance” due to her failure to respond to the scene herself.

The internal disciplinary hearing was conducted on May 20, 2008. In a lengthy written opinion, the hearing officer found the charges to be substantiated. In the final agency decision dated July 1, 2008, New Jersey Transit Police Chief Jospeh C. Bober found Conway guilty of both charges and imposed a two-day suspension for each charge, for a total suspension of four days. This appeal ensued.